Many parents have concerns about their children’s screen use, and especially with how young children are when they first start using screens these days. These concerns motivate many parents to put limits on when and how their children can use screens, starting very early in life – even in the preschool and toddler years.

However, as children get older, parents tend to relax those limits, and many parents find that once their child reaches the teen years, it’s more difficult to enforce strict limits and doing so may seem less important. However, current research suggests that the teen years are not the time to slack off, and that screen time limits may be even more important for teens than it is for small children. 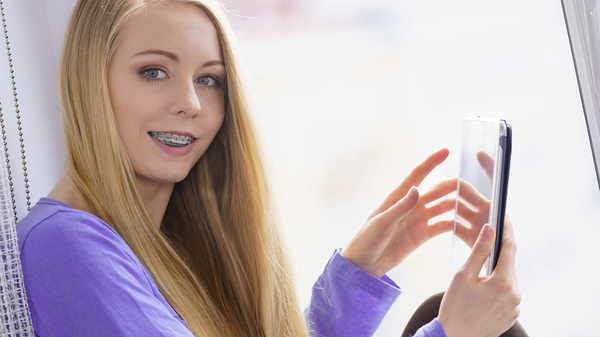 Although the guidelines about screen times for teens are vague, too much screen time can be harmful at any age.

How do parents decide what kinds of limits to set on screen time? As with many other issues, parents often look to pediatricians to guide them when it comes to things that affect the health and well-being of their children.

The current guidelines offered by the American Academy of Pediatrics suggest that children between the ages of 2 and 5 should have no more than an hour of screen time a day. For older children and teens, however, there’s no set time limit, though the AAP does caution against excessive screen time that interferes with school, sleep, and extracurricular activities.

This could give parents the impression that as long as teens are getting good grades, participating in activities, and seem well-rested, firm limits aren’t needed. However, other research suggests that this is incorrect.

The Dangers of Too Much Screen Time for Teens 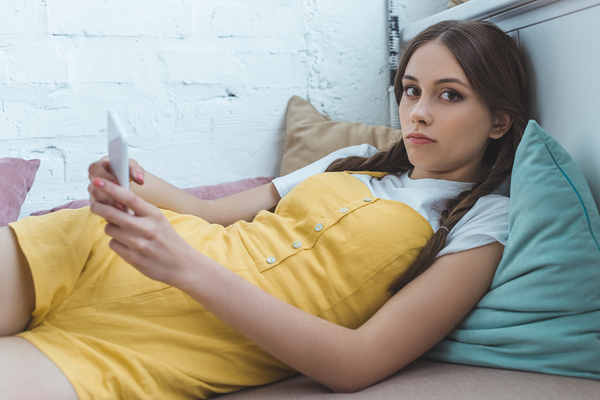 Teens who spend too much time on their phones may become distracted, depressed, or anxious.

Studies suggest that too much screen time can be damaging to the health and well-being of children and teens. However, the ways in which teens are affected by screen time can sometimes be tough for parents to spot.

Children and teens have been shown to have less curiosity and be more distractible after only an hour of screen time. Screen time also impacts their ability to make friends, finish tasks, and manage anger. The effects of too much screen time actually tend to be more pronounced in teens than in younger children, possibly because of the different ways they use their devices – teens spend more time on social media and video games, while younger children spend more time watching television. Teenagers are more likely to suffer from anxiety or depression when they spend excessive time using screens.

What Parents Should Do

The effects of too much screen time on a teen’s wellbeing can be serious. However, it’s also more difficult to restrict their use of devices. Some experts recommend a time limit of two hours a day while allowing some flexibility for certain circumstances, like school projects.

But setting the limit is the easy part. Enforcing it is more complicated, especially as teens become more independent and spend more time without adult supervision. Parental monitoring software can be a helpful tool that allows you to keep an eye on both how much time your teen is spending on their devices and also what they’re doing with that time.

To find out more about how parental monitoring software can help you keep an eye on your teen’s screen use and help preserve their well-being,  get our free trial.