Most teens love their smartphones, and there are good reasons for that. After all, smartphones are a huge part of a teen’s social life. Most of their friends have them, and communicating by text or instant message is as common and normal to people of their generation as passing notes was in earlier generations. On top of that, a smartphone is more than just a communication device — it may also be a study aid, music player, personal library, and entertainment device.

It stands to reason that teens are attached to their phones, but how much attachment is too much? Taken too far, that attachment can descend into unhealthy and even addictive behaviors. Take a look at the signs of cell phone addiction, and see if you recognize any of them in your teen. 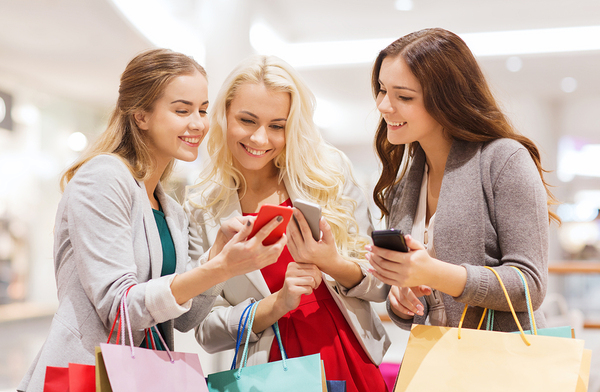 When friends stop having fun together and only look at their phones, something is wrong.

Although it’s normal today for teens to communicate with each other using digital means, they should still be able to carry on a face-to-face conversation. However, people who are experiencing smartphone addiction have trouble putting their phones down, even when they’re with other people. They may be constantly checking their phones while talking to you and their peers. They may even prefer avoid in-person interaction in favor of texting or instant messaging.

Someone who has difficulty interacting with others in person with others will eventually become socially isolated. Most people agree that it’s rude to stay on your phone when you’re on a date or an outing with a friend, and are offended when the person they’re with won’t put the phone down. Your teen may have online friends that prevent them from feeling isolated, but if you notice that your teen no longer spends time interacting with their friends or family in person, it’s a sign that they might have a problem. 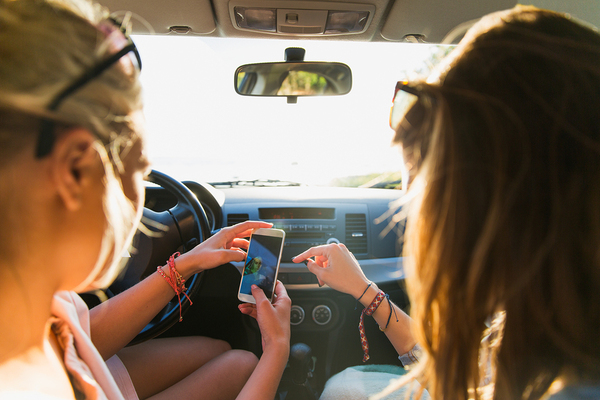 An inability to put the phone down while driving can have potentially fatal consequences.

One characteristic of addictive behavior is engaging in the behavior when you’re fully aware it will have negative consequences. Is your teen getting in trouble for using their phone in class? Will they risk getting kicked out of a movie theater because they don’t want to put the phone down? Do they defy you when you ask them to put the phone away, even if they know it will mean grounding or some other punishment? Most dangerously, do they text or look at their phone while driving, even knowing the result could be a devastating accident?

These are all signs that your teen might be addicted to their phones. Addicts have difficulty stopping themselves, no matter what the consequences will be — even if they really want to stop the behavior. You may also notice your teen breaking their own boundaries. If they vow to leave the phone alone for a period of time and cannot do it, that’s a problem.

Addicts experience withdrawal when you take away the thing they’re addicted to. It’s easy to think of withdrawal as a physical thing, caused by a substance that has a chemical effect on the body. But addiction is largely psychological, and so is withdrawal.

Signs of withdrawal may include anxiety, depression, anger, and even aggressiveness. It’s normal for any teen to be upset at having their phone taken away, but a teen experiencing withdrawal will experience symptoms outside the norm that persist for more than just a short time.

A teen experiencing smartphone addiction might need therapy or mental healthcare treatment to learn to manage their condition. You can help prevent your teen from developing an addiction by setting boundaries and paying close attention to how and when your teen uses their cell phone. Parental monitoring software can help with that. To find out how it works, get our free trial.